THE SUN SHINES ON WYTHALL WITH BRAND NEW RESTORATIONS ON SHOW 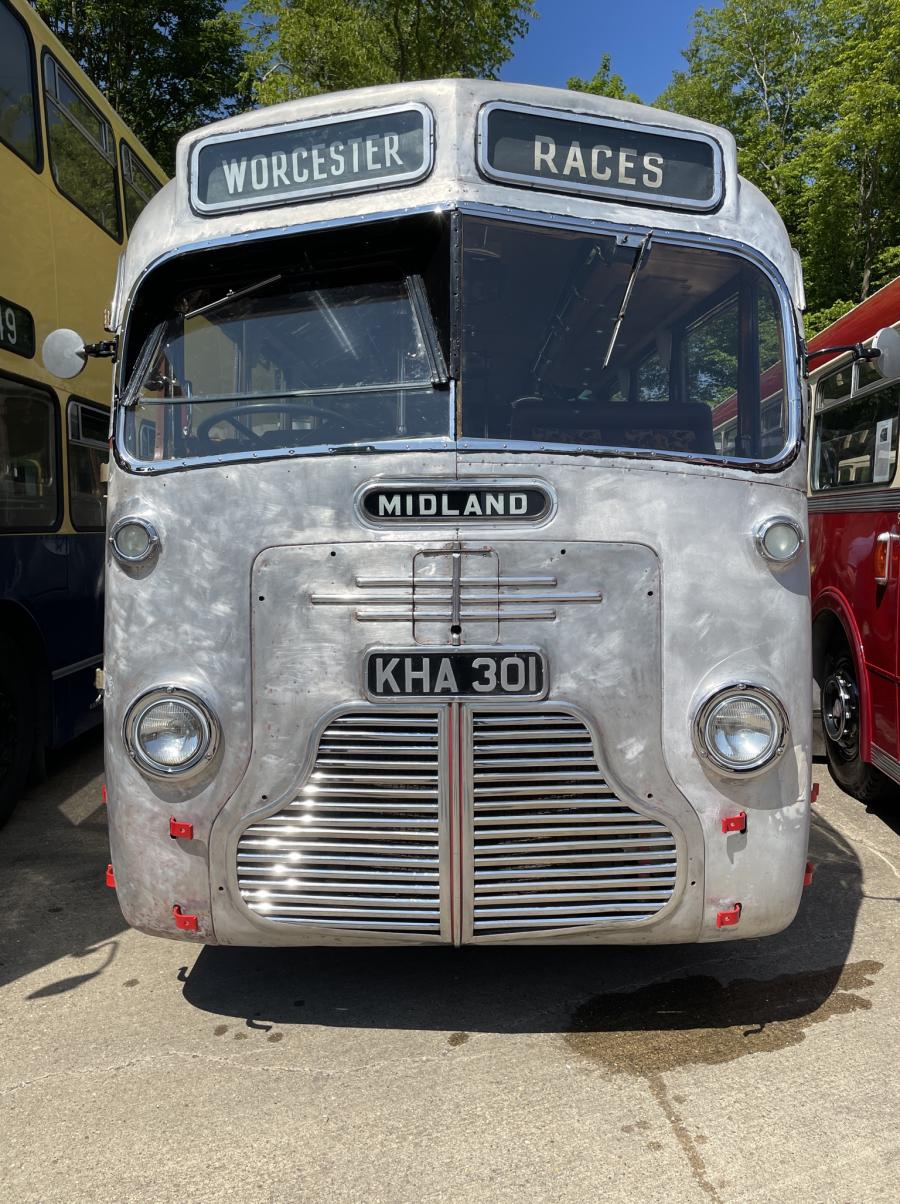 A bright blue sky and the first heat of summer ensured a full house of both visitors and buses on May 31st bank holiday Monday, including the public debut of three new restorations, one a big surprise.

On display for the first time since its extensive restoration was completed, Tim Hines’ London Transport Bristol LH, BL88 caught the eye. This bus was one of 95 ordered by LT and delivered in April 1977. Just four years later it was sold to OK Motor Services where it stayed (was re-registered to OJD 93R) and used until withdrawal for scrapping in January 1997, from where it was saved for preservation. These vehicles were fitted with automatic transmission and 7ft 6in bodies. BL88’s ‘bullseye’ livery is particularly attractive.

At lunchtime, the enthusiastic crowd was shocked at the surprise arrival of Midland Red C1 coach KHA 301 (3301), on its second shakedown run and first public display since its overhaul began. This iconic 1948 Duple bodied coach is nearing the end of an extensive restoration programme by Andrew Hawthorn, final detailing and a full repaint are just around the corner. If all goes according to plan, 3301 will make its running debut at Wythall’s Midland Red event on October 3rd.

The third public debut was Wythall’s resident 1979 Leyland (Daimler) Fleetline/Metro-Cammell WDA 700T, which has undergone a considerable mechanical overhaul and full repaint into its final West Midlands Travel livery. 7000 was the last Fleetline to operate in Birmingham on Saturday November 1st 1997 and the final Daimler to operate in the marque’s 93 year history with the city’s transport fleet. 7000 was numerically the last of 2000 built. It was initially donated to the Aston Manor Museum in Birmingham, where it had some use, but was eventually bought out of long term storage by two Wythall volunteers in 2019. It remains privately-owned.

Another Wythall member and volunteer, Rob Handford, was the driver on its last day in service in 1997 so Rob naturally took the wheel again at its unveiling, wearing the same inspector’s uniform that he had worn 24 years prior. 7000 is now an operational member of the Wythall fleet and went straight out on Wythall’s free bus service with full loads.

Plans are now well underway for TWM’s next big events, West Midlands Municipals Day on August 30th, Bank Holiday Monday and Midland Red Day on Sunday October 3rd, which should be spectacular with many rarely seen vehicles from this famous company in operation.

Top Restorer Gets Chance of a Lifetime