Announcement of the death of Tim Rootes 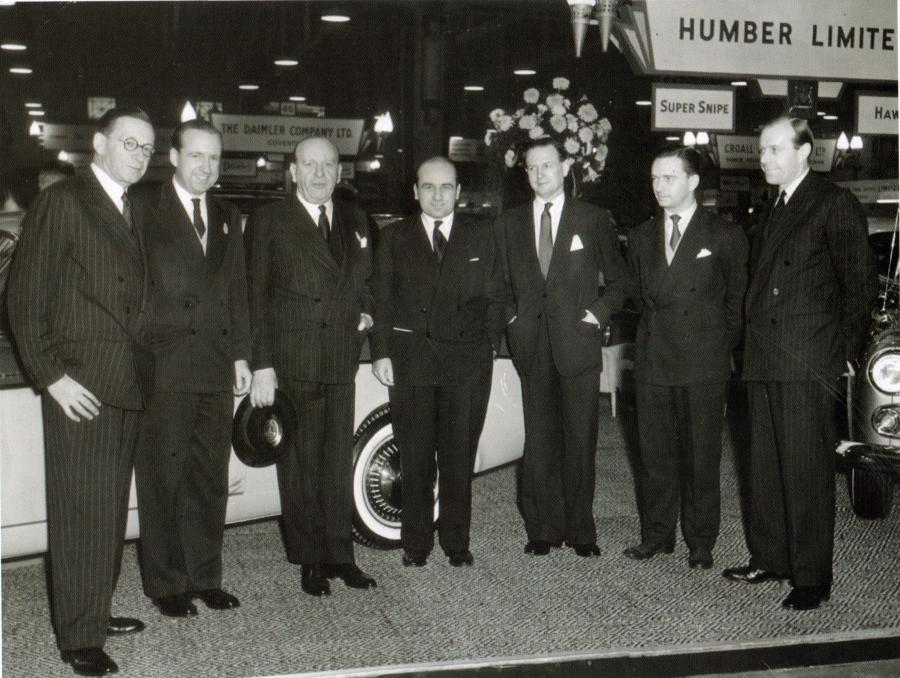 It is with great sadness that we announce the death of one of our Patrons Timothy Rootes.

Tim was the son of Reginald Rootes and thus the last generation of the Rootes family who dedicated their life to the family automotive business, so it really is the end of an era.

The official obituary from the Rootes family follows:

Tim Rootes was born on 26th May 1925 in Maidstone, Kent. He was the only son of Sir Reginald Rootes, who founded the Rootes motor business with his brother Billy Rootes. Tim was educated at Harrow School, leaving at the age of fifteen to work for Humber in Coventry. The War interrupted his apprenticeship in 1943, when, at the age of eighteen, he was called up. He finished his military training on V.E Day and was commissioned into the 12th Lancers, from where he was posted to the Sixth Airborne Armoured Reconnaissance Division in Palestine.

After leaving the army he worked briefly in Cairo and then Baghdad. In 1947, at the age of 22, he returned to England, driving a 2 litre Sunbeam Talbot Tourer on a seven-week trip from Baghdad to England. It was a hazardous journey to achieve only two years after the end of the War as any deviation risked driving over abandoned land mines. His route took him through Jordan, Palestine, across the Sinai desert to Cairo; then westward along the north African coast to Tangiers from where he crossed to Europe and drove through Spain and France to England. Despite the gruelling journey, the Sunbeam was in such good shape that it came second in a Concours d’Elegance in Biarritz.

In November 1950, Tim sailed to New York on the Queen Mary to join his cousin Brian Rootes, who was in charge of Rootes Inc, the North American sales and marketing division. The next year, he moved west to Beverly Hills, Los Angeles, becoming a regional director, with responsibility for business west of the Mississippi. He took great pleasure in driving his Sunbeam Talbot drophead coupe down Sunset Boulevard in the sunshine.

Following his return to the UK, Tim was made director of the sales and service division of the manufacturing company in 1956. He was also appointed to the board of the parent company, Rootes Motors Ltd, and also Rootes Ltd, the group’s merchandising division. Then, in 1965, following the death of Lord Rootes, Tim became managing director of the passenger car division.

In 1967 Chrysler took overall control of what had previously been a family business. Tim left and set up his own companies, consisting of Jaguar and Rover dealerships, as well as a company supplying tractors and agricultural equipment.

After leaving Rootes, Tim became involved with horse racing, a sport which had always been a favourite of his. He founded Shutford Stud and bred an impressive list of winners, both for himself and other owners. It was an interest he continued right to the end of his life. He was also from an early age an accomplished piano player.

Tim lived in Oxfordshire near Banbury, where he had his stud and he was a Patron of the Rootes Archive Centre, in which he took a great interest.